Bassculture rides again at OCCII to bring a night of skweeelicious basslines, miscellaneous soundz and nasty dubs roughcuts. Homemade productions from Desmond Denker and very special selections, bass lovers only. VJ Piss&Laugh TV on the walls for your visual mind trip and MC Diamanta on the MC to keep the heat ‘full on’. Expect subs kicker soundZ & vinyl junkie goodies! Just how we dig it!

Musician/producer/selector for about 15 years originally from Cologne (DE), Desmond Denker is part of Basspräsidium Kölle and producer of Bambam Babylon Bajasch. His music should be filed under dubby Electronica. it appears to be a connecting link between dance and listening music. Complex rhythm and dubby basswork backed by field recordings and soundscapes. music for a dancing brain and a thinking body. Cologne also is the residence of Desmond Denker, who is responsible for the wonderful „Boxed Freedom“ EP on Basspräsidium Records. Denker (German for: „thinker“) obviously loves his bleepy 8-bit melodies, which he skillfully combines with complex rhythm tracks.

Rockrockin’ it since ’91, dj rednas_audio built up quite a vinyl collection. Playing everything from hiphop to dancehall, funk to D&B and bailefunk to dubstep, this guy has been playing as eclectic as you can get before anybody knew there was a name to this approach. Can’t help it but the man gets away with playing practically anything. Playing as a club dj before and after live shows is how he got started and possibly the reason why he’s so open-minded to different types of music. Ever since teaming up with dj beatnologic, dj van rippendael and mc Fes in januari 2008, GHETTOBLASTERSOUNDSYSTEM forms just the right posse for taking on bigger gigs like the Lowlandsfestival, Oerol, Filmfestival Rotterdam and so on. Puttin’ together solo mixtapes with three objectives; 1 get as diverse as you can. 2 make it stick like ducktape 3 make you do the nodnod.

Producer/Selector and founder of Bassculture Foundation, he spent his first pocket money to buy records. He put the music on tapes when the first walkman came out. Reggae soundsystems gave him a proper introduction to the fundaments of roots&reggae.  Being a vinyljunky he plays his records on the radio, at home and in clubs like Odeon, OCCII, OT301, Winston Kingdom, Tolhuistuin and at Festivals. His production Dub Carruseles is a merge between Sozialistischer Plattenbau and Bassculture. Drops of a heavy dub release that sitts between roots dub and dubstep. His selection? An explosion of digital roots, dub steppa’s and miscellaneous spinning your brain up. 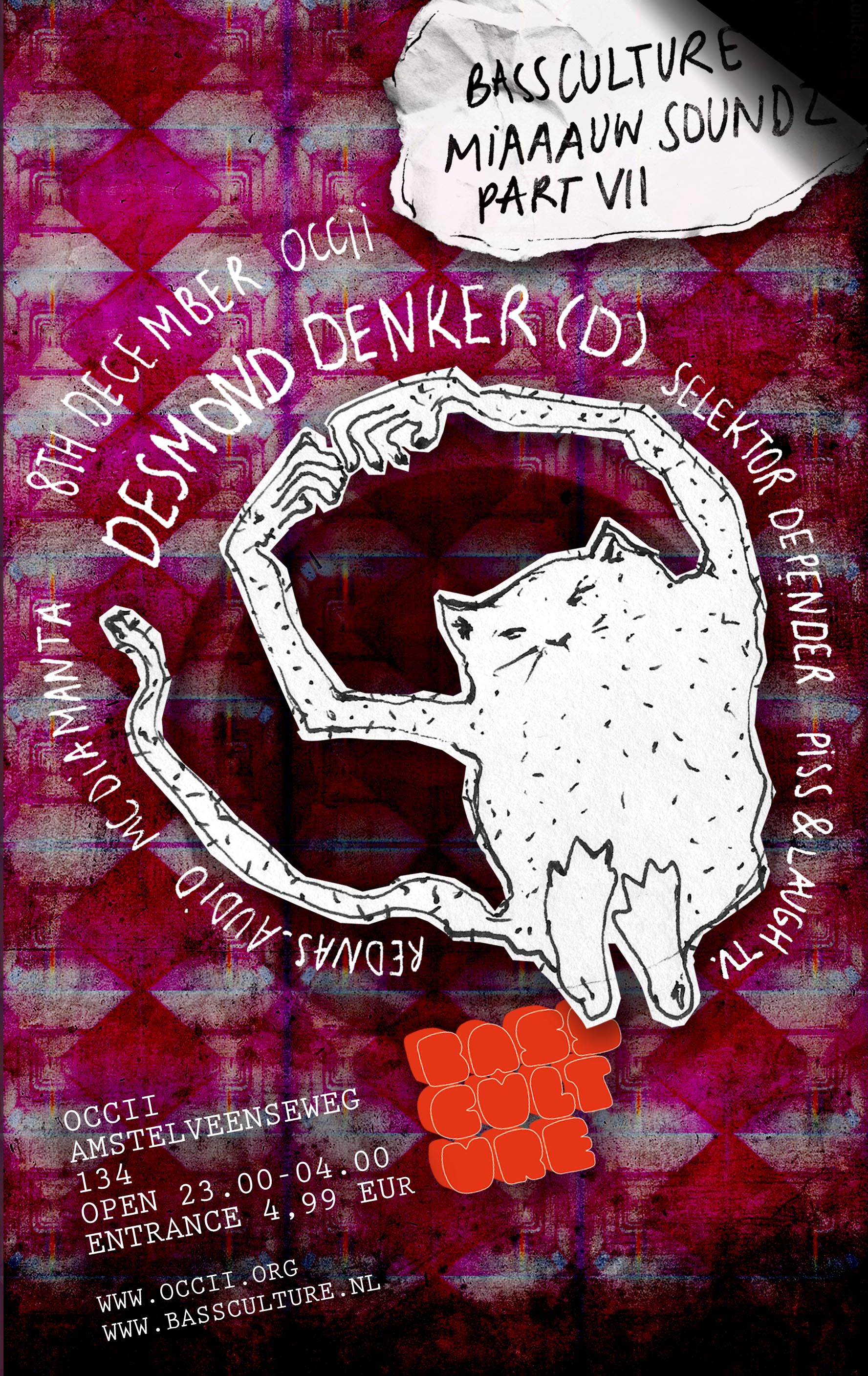